This is to be the last official day of the adventure for the NVAR part of it. At the riders meeting it was declared that the original 28 riders from the west coast will ride in the front of the pack of approx. 120 bikes. We headed out on 50 east and then took I-68 east for 95 miles for fuel. It was a very crowded station even though it had about a dozen pumps. Yes, we started the day WITH rain gear on this time. Guess what didn’t happen? Very cloudy but no rain. As I walked by Larry & Teresa, from Michigan, and his bike he said he had ”no go” on the starter button. A few guys tried to push it to get it started. That still didn’t work and we loaded it up in the trailer so Ray could drop it off at the nearest Harley shop. We still don’t know the outcome as of yet. After fuel we went another 16 miles to Rocky Gap 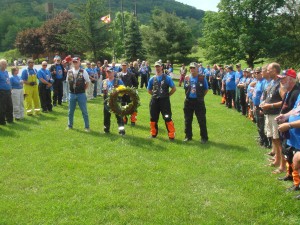 Maryland Veterans Cemetery for another wreath laying. We were greeted by many people including the young Marines, who spend the day before this weekend putting out flags on every grave marker in the beautifully rich and fertile green valley nestled in the surrounding hills. It really is the coolest looking cemetery, that Ron and the crew, take pride in making for a great visit for all who enter. There were a few people that spoke and a three gun salute 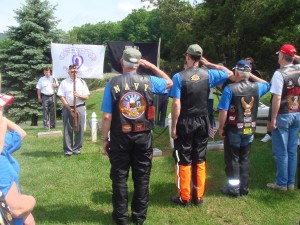 right after our guys laid the wreath.

We were encountering a lot of fruit cake drivers the closer that we got to DC. I figure they must be politicians as they don’t rightly care what anyone else thinks of how they do things! They are only out for themselves! It’s getting pretty scary out on the road, having to be extra careful, of not only what the other motorcycles are doing, but you never know what a car or truck is going to 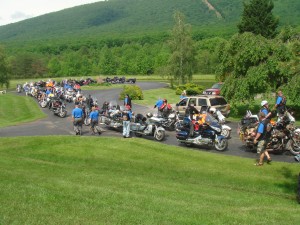 do when they try to cut through the middle of the pack with not one hint of a signal or anything. It kinda gets nerve racking having to play dodge ball with 4,000 lb plus projectiles.

We had another 56 miles to go for our lunch stop, that we were finally on our own to buy. The first 9 days up until last night, I counted about $20.00 per person is what we spent on food! One breakfast in Reno, a subway 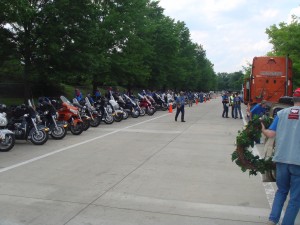 stop in Wyoming, and a $5.00 donation in Morris Ill. What an inexpensive way to be able to do our NVAR ride. A big ‘Thank You’ goes out to all the state coordinators who put all of this stuff together! I called Randy at KRSB radio, back home in Roseburg, Oregon, and did another update on our adventure. I have been calling Randy on a regular basis to report what, where, & how things are going on the ride. It feels real good to be part of a ‘feel good’ story, amid all 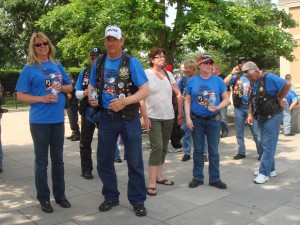 the stuff going on in the world. Randy tells me that he gets a lot of positive comments from the radio reporting of our journey.

We got on the road for our last 80 miles to go directly into Arlington Cemetery for our wreath laying. It was getting more crazy by the mile the closer we got to DC. Our road guards were doing an excellent job until a cop lit up the lights on one of our road guards and asked him, ” do you have a 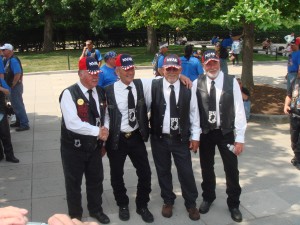 permit to stop traffic in my town”? No sir, was the answer and the cop let our guy ride away with a stern, No-No. Some how we all made it to Arlington.

Jerry Conners got there very early so he could arrange our parking and the group pass for a tram tour to the Tomb of the Unknown Soldier. That was covered by the NVAR for all of us. Thanks NVAR! Tony followed us into the parking lot in the 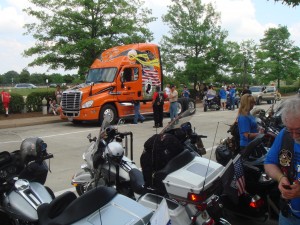 Schneider Ride for Pride truck. Ray Adams took his rig and the chase trailer to the motel so he would not have to mess with traffic. It’s not easy to find a place to park well over a hundred bikes, but Jerry got it worked out for us to sail right in and park where busses usually park. Almost all of us were wearing our NVAR run shirts, as we looked like a much older ‘school group’ on tour! We got the real meal deal with the talking guided tour on a 3 car tram, that we filled to 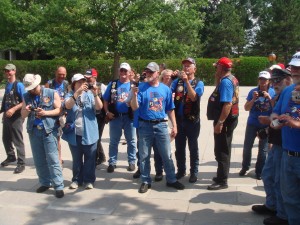 capacity. We watched the ‘changing of the guard’ for the Tomb monument and saw some school kids lay a wreath before our guys did it. Then it was our turn. There was Larry Mackay, Mike (Doc) Cline, John (Top) Desherow, and Terry Hoops. They were all dressed in clean black jeans, white long sleeved shirts, a black POW/MIA tie and their black leather vests with the NVAR run patch on their backs, and topped off with a new clean NVAR run hat.  They made us all 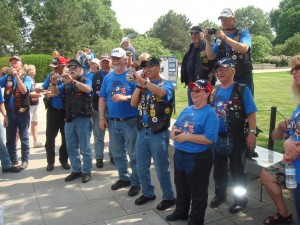 proud to be an American and proud to be associated with this group. We got back on the tram and got back to the bikes and went the last 12 miles to our motel in Alexandria.

Gary & Nancy, Joni & I and Einer, Keith and Wick all rode to a restaurant, called Alley Cats, that Gary discovered last year. We were able to get a table for 7, barely, as every other table had a reserved sign on it. Friday night was live music night and the 4 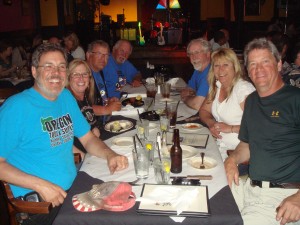 piece band sounded pretty good. My back was to the window and Nancy pointed out what was happening outside. The wind was blowing pretty good and the rain was coming down in sheets. AGAIN! We got some of the stuff off the bikes and brought it inside, before it got blown away. The meal was very good for all of us. Einer got the tab for everyone. Thanks Einer.

When we were done and ready to brave the 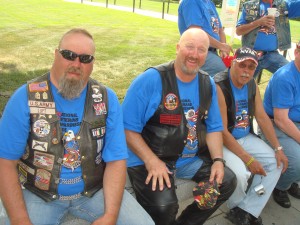 elements again, it had just stopped raining but the streets were still very semi-flooded. We got back to the motel and found a couple of parking places under the cover and I was met by Bill, who I have seen almost every year for the last 6 years here. He is still amazed that the old rat still makes it coast to coast…..

Tomorrow will be our group ride to the Wall for the first time this trip….. more news and 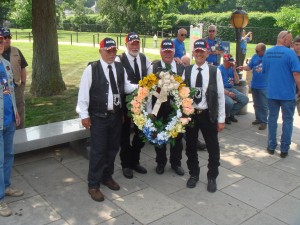 pictures tomorrow night. Safe and sound in DC. Approx 3,500 miles so far for our Oregon people and some of the other guys who rode out west first are at approx 6,000. 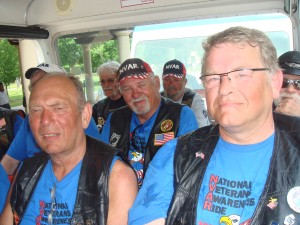 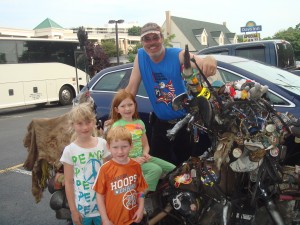 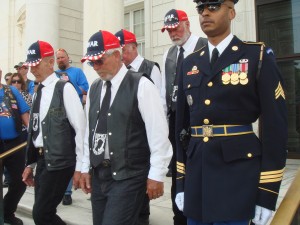 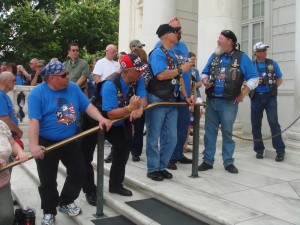 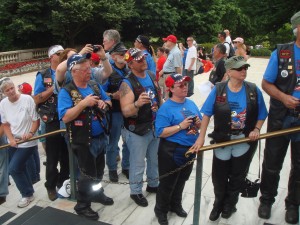 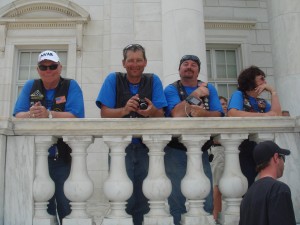 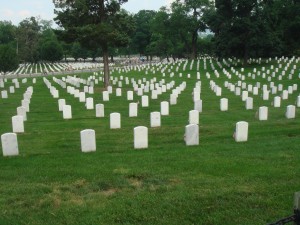 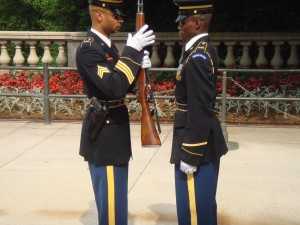